A Window of Opportunity Doesn’t Open Itself 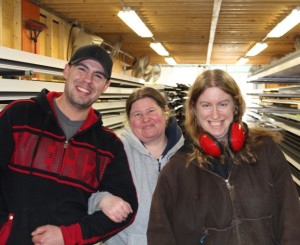 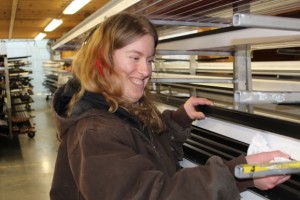 window of opportunity opened for Alyssa when she received a call and went to an interview at Westeck Windows. She met Sara in HR and introduced Sara to her Job Coach. Alyssa’s Job Coach mentioned that a position that is not too fast paced and stressful would be ideal for Alyssa. Sara was very accommodating and offered her a position that would suit Alyssa’s skill level. Alyssa started working September 2018, she met James her Manager and started working in plant 1.

James has been very helpful and said that when he met Alyssa he gave her a test to see what her skills were and where she would fit in best. James asked Alyssa to organize the paint section that was in disarray. He left her and when he came back later she had not only organized everything but had gone further than asked, by coding, colors and names. That’s when James knew he could put her into a position in the paint section that would be a great fit. Similar to other businesses, Westeck Windows completes performance evaluations every 6 months and 1 year, but what was interesting and unique was that they have what they call coaching notes that give feedback to employees, positive and negative, then they discuss the feedback with their manager so they know what needs to be done and there are no surprises.  James said, “Alyssa is exceeding expectations, she is loyal and works hard.”

James also said, “It is important for every business to have a diversified team! It adds to the company culture and build’s a real productive, creative, engaged team that has a wide range of skills, reduced employee turnover with respected cultural insights. ” James liked that the Supported Employment Services Job Coach came with Alyssa when her training started.  He says, “This is great for both the employer and employee.” James said he would like to create a more diverse team by hiring more employees with different abilities. CSCL’s Employment Services believes that a Window of Opportunity Doesn’t Open Itself, it takes people like Sara and James from Westeck Windows to see the potential and unique skills a person can bring to the company.